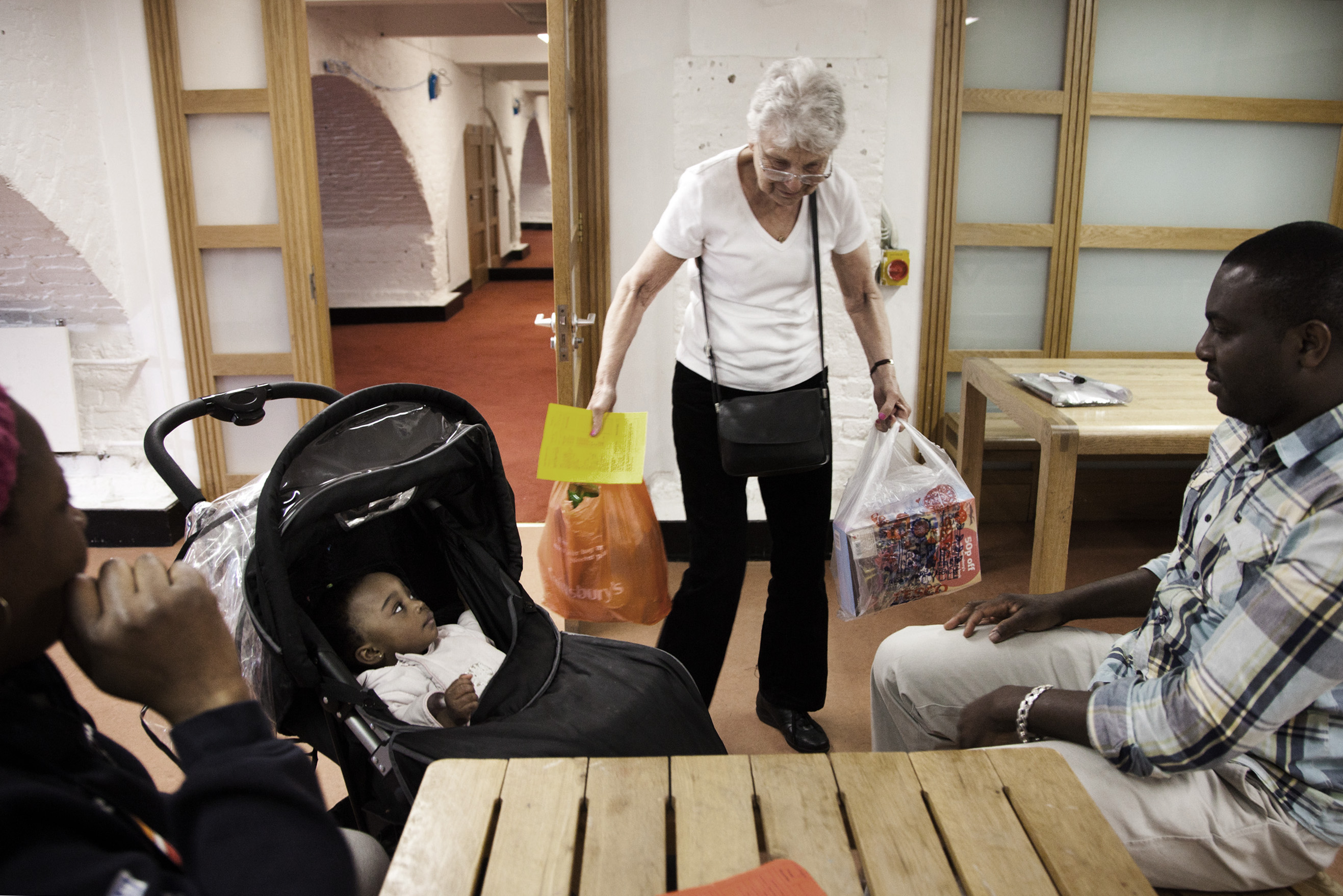 Peter is coming out of a depression and is ready to go back to work. He is however struggling to get by on £60/w benefit. He has not eaten since yesterday and is looking forward to get home to cook his first meal in two days .

During the past 5 years in Britain the number of people turning to foodbanks has more than tripled. Under the current Conservative government the number of foodbank users has reached more than one million.

In 2015-16 the number of people given a three-day emergency food supply by the Trussel Trust foodbank network alone was 1,109,309. To get this food people have to have been referred by other agencies such as social workers, doctors, teachers, citizen advice bureaus, homeless hostels etc.

In 2015 four foodbanks in Hackney, East London, supported 3,215 hungry people, all of it food donated by private individuals or local businesses. Foodbanks are independently run charities and not part of the government's benefit system.

"Voices from the Vault" is an ongoing project started in spring 2015 by photographer Kristian Buus, giving a voice to people who find themselves at a foodbank.

Each interview is a few minutes long and the portraits and videos are photographed and filmed on location at the foodbanks in Hackney.

Everyone is unique and the following stories uncover issues such as ATOS and their questionable physical assesments, mental illness, housing benefit caps and being failed by a benefit system no longer focused on helping those in need.

to stop working in 2014 on medical grounds 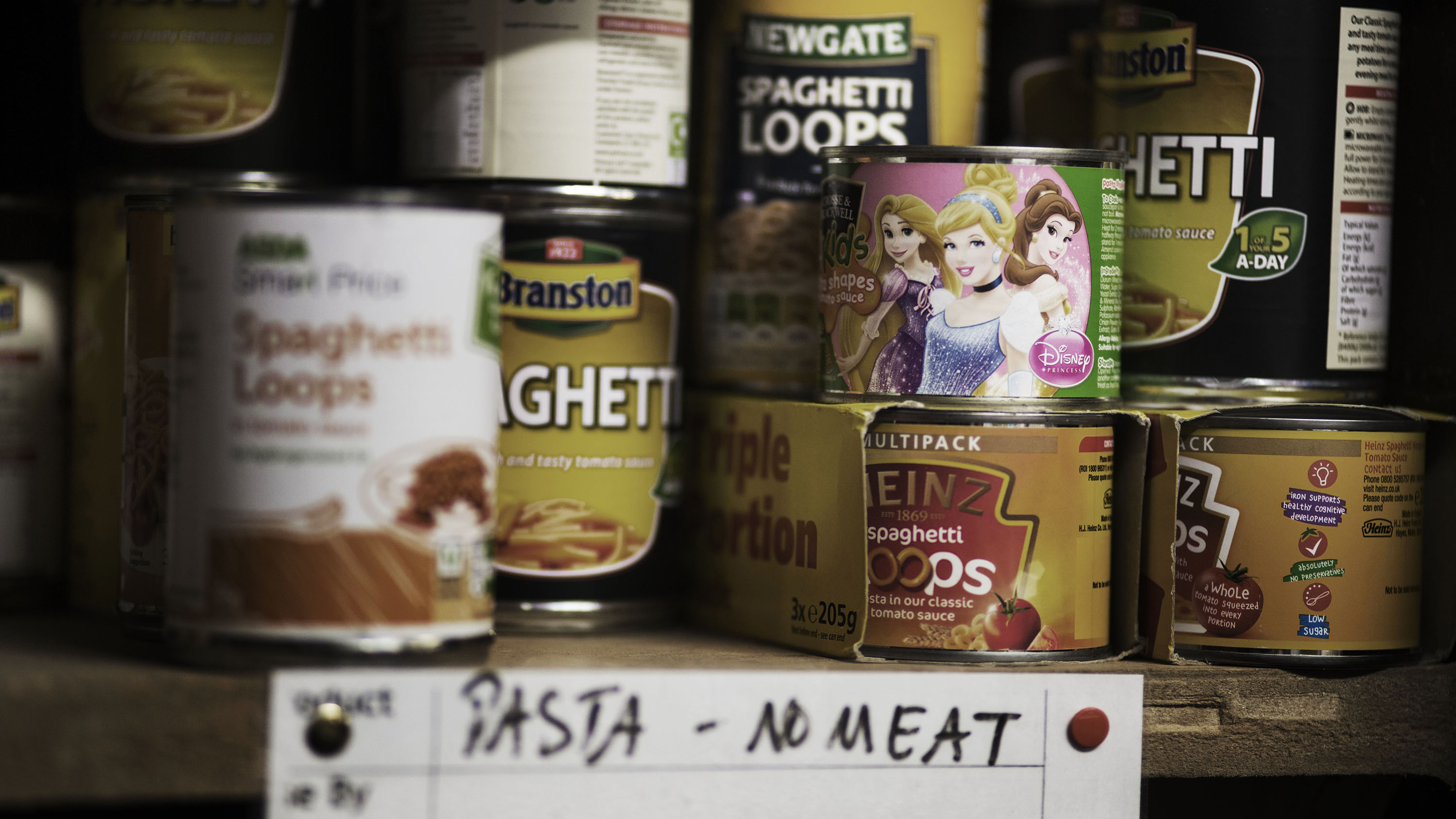 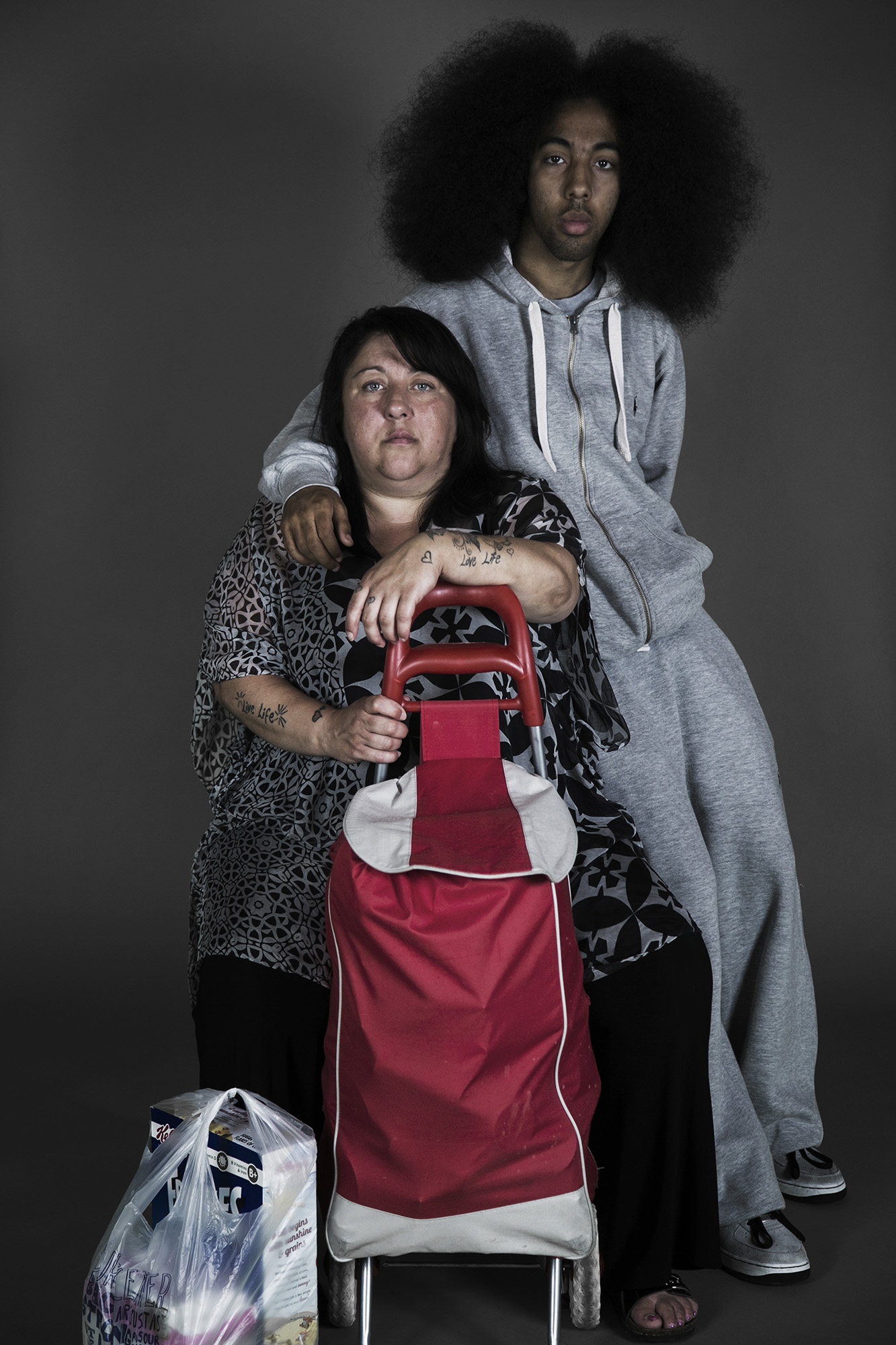 Paula failed an ATOS medical test and has had her benefits stopped for a couple of months.

"If It wasn't for the food bank I would starve."

Anthony O'Donnell had 2 pounds left for the next 8 days

on the day he was photographed 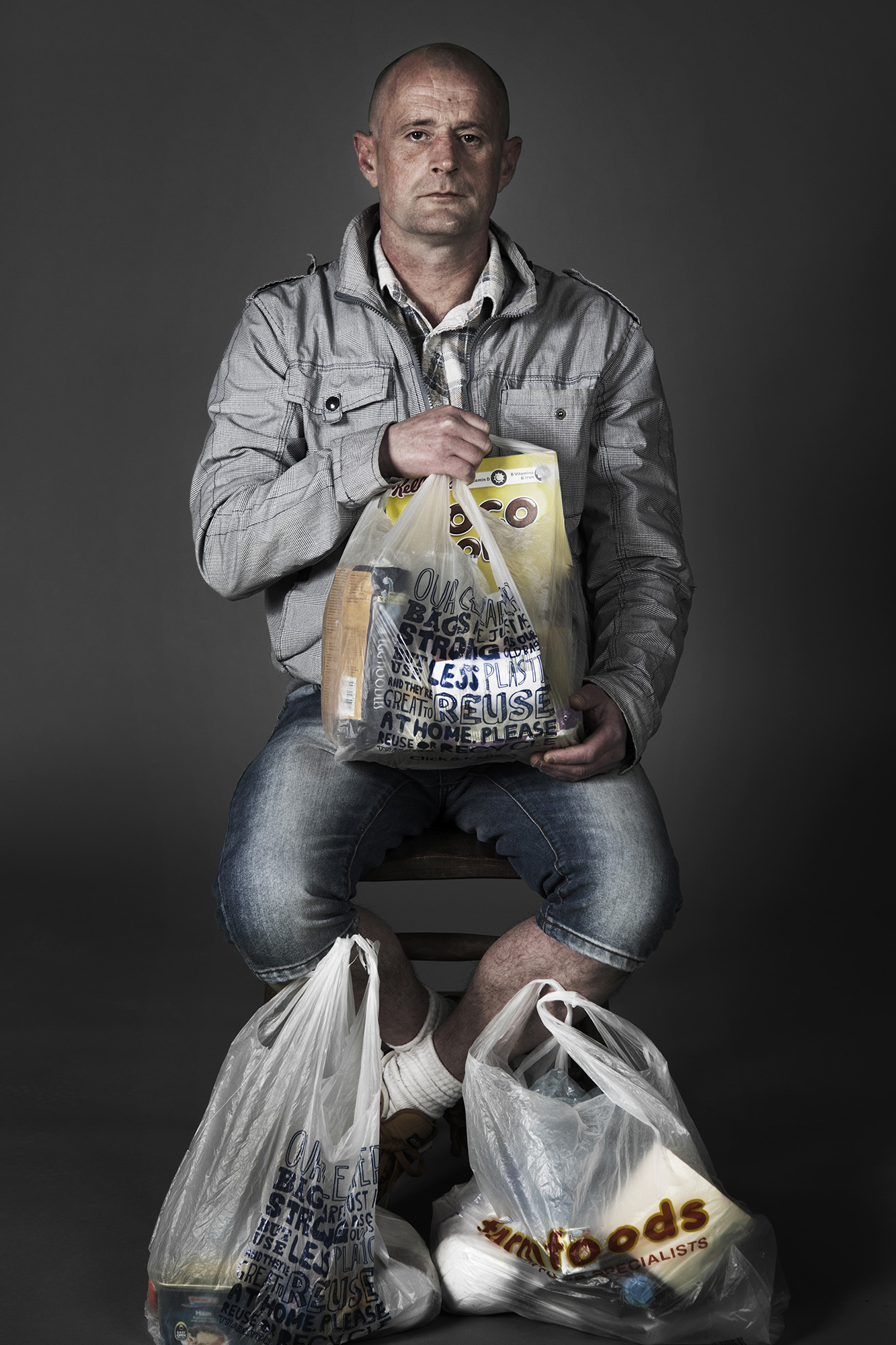 Tom, 24, has suffered from depression for years due to a violent upbringing. He is gay and can't tell his family out of fear of a violent reaction

Hear his story in his own words below. 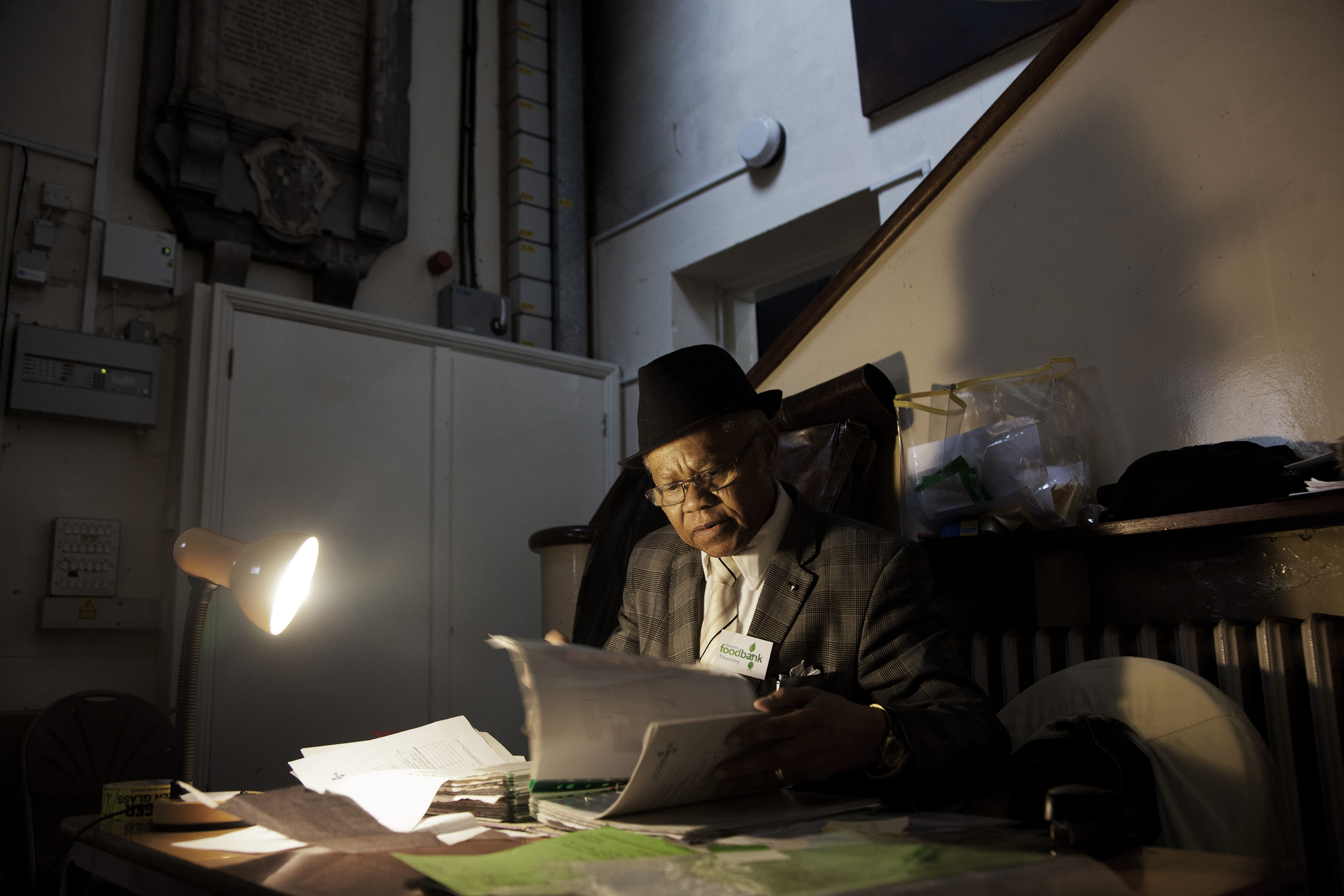 In a land of plenty there should be no need for foodbanks but in an age of austerity foodbanks have become part of the everyday landscape in the UK. 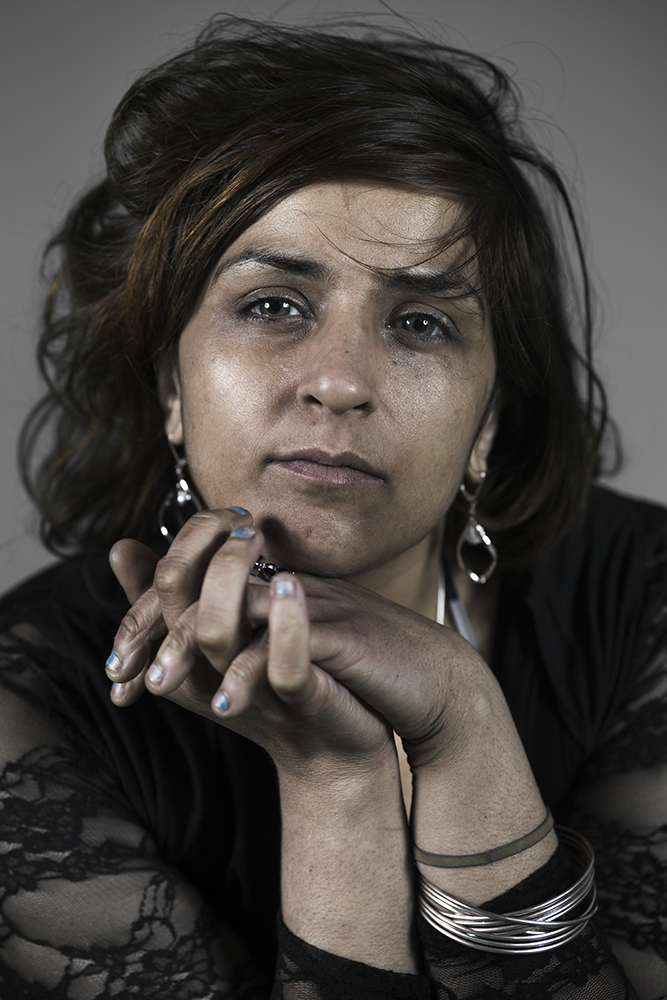 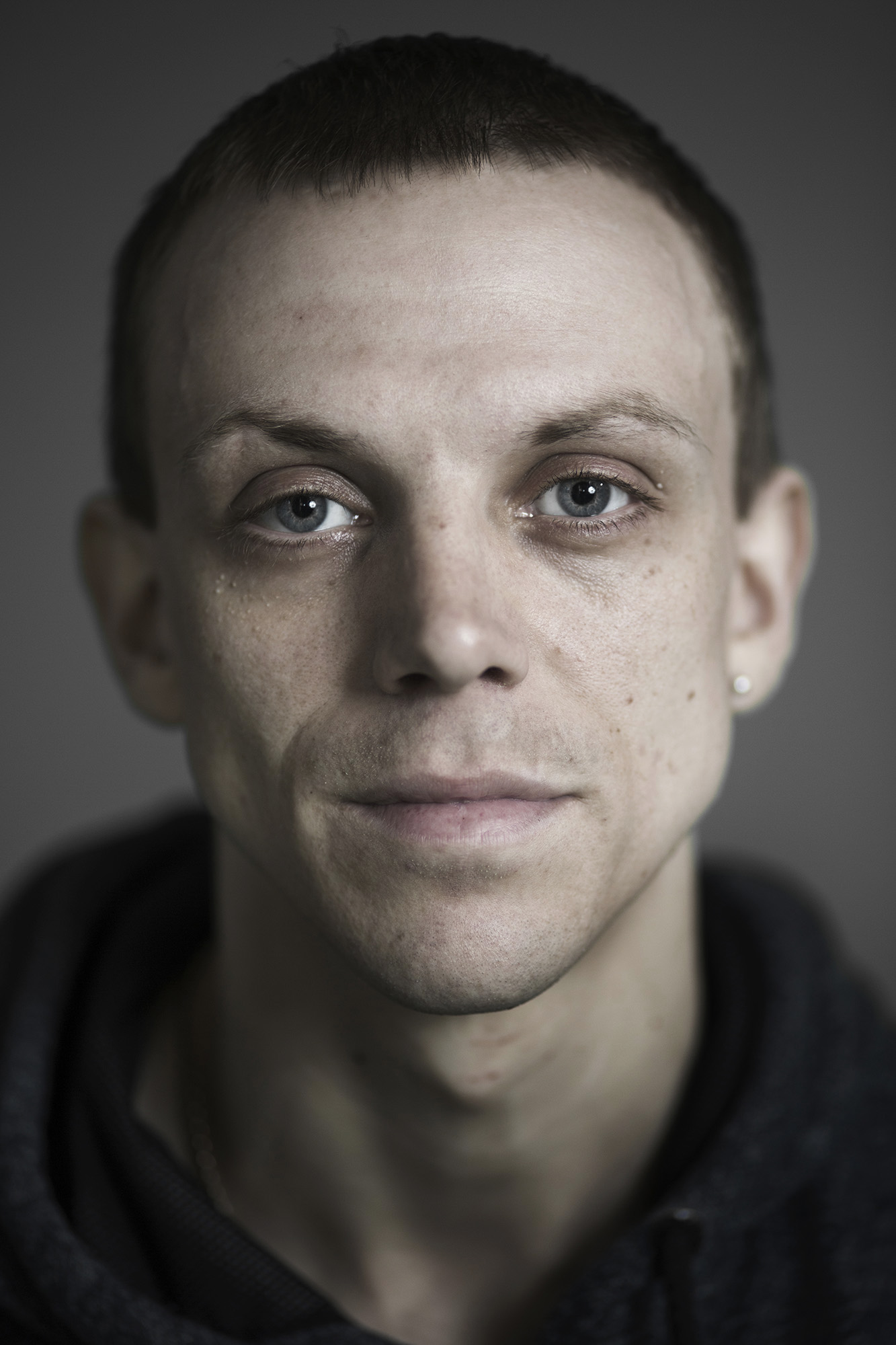 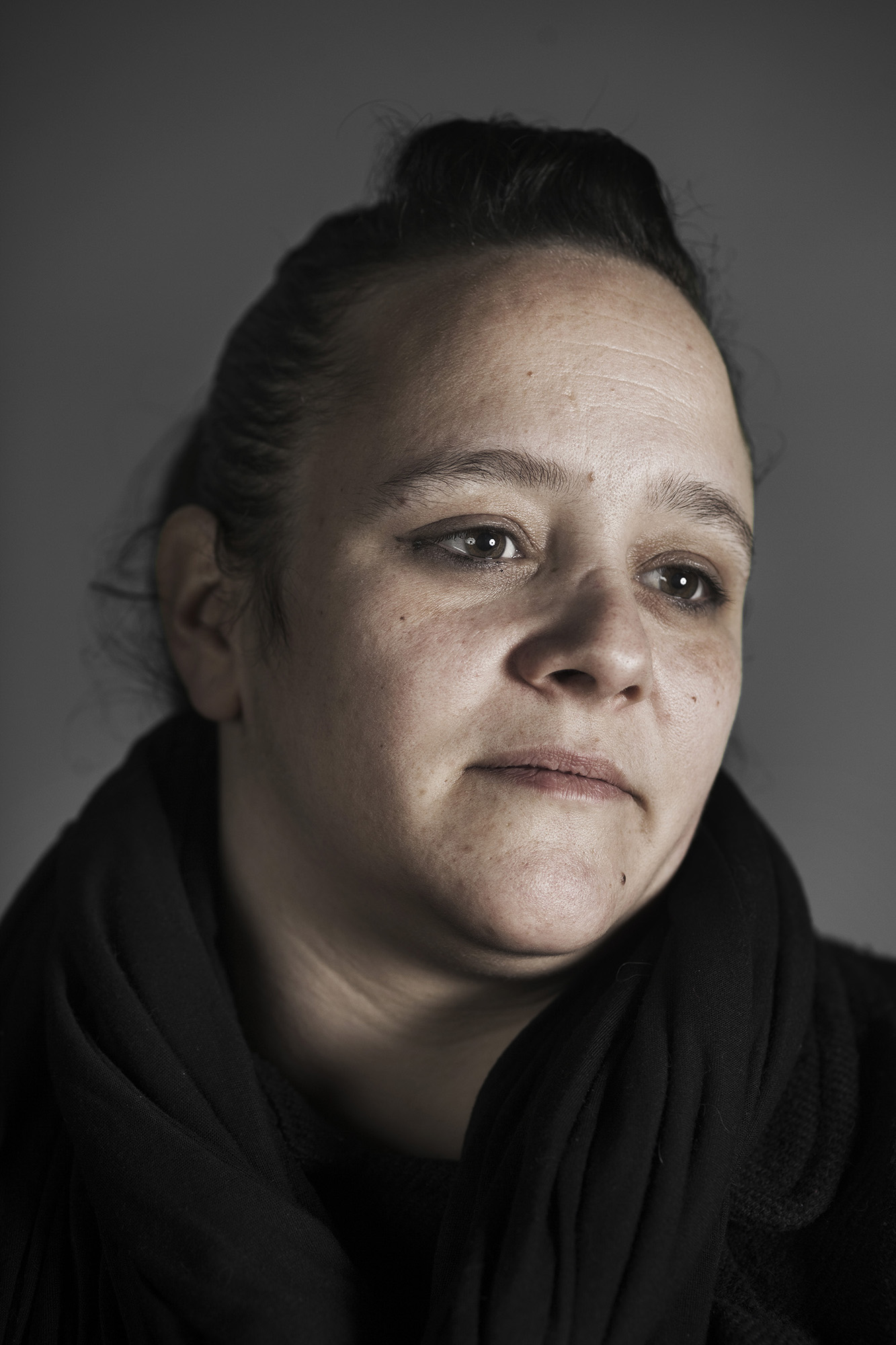 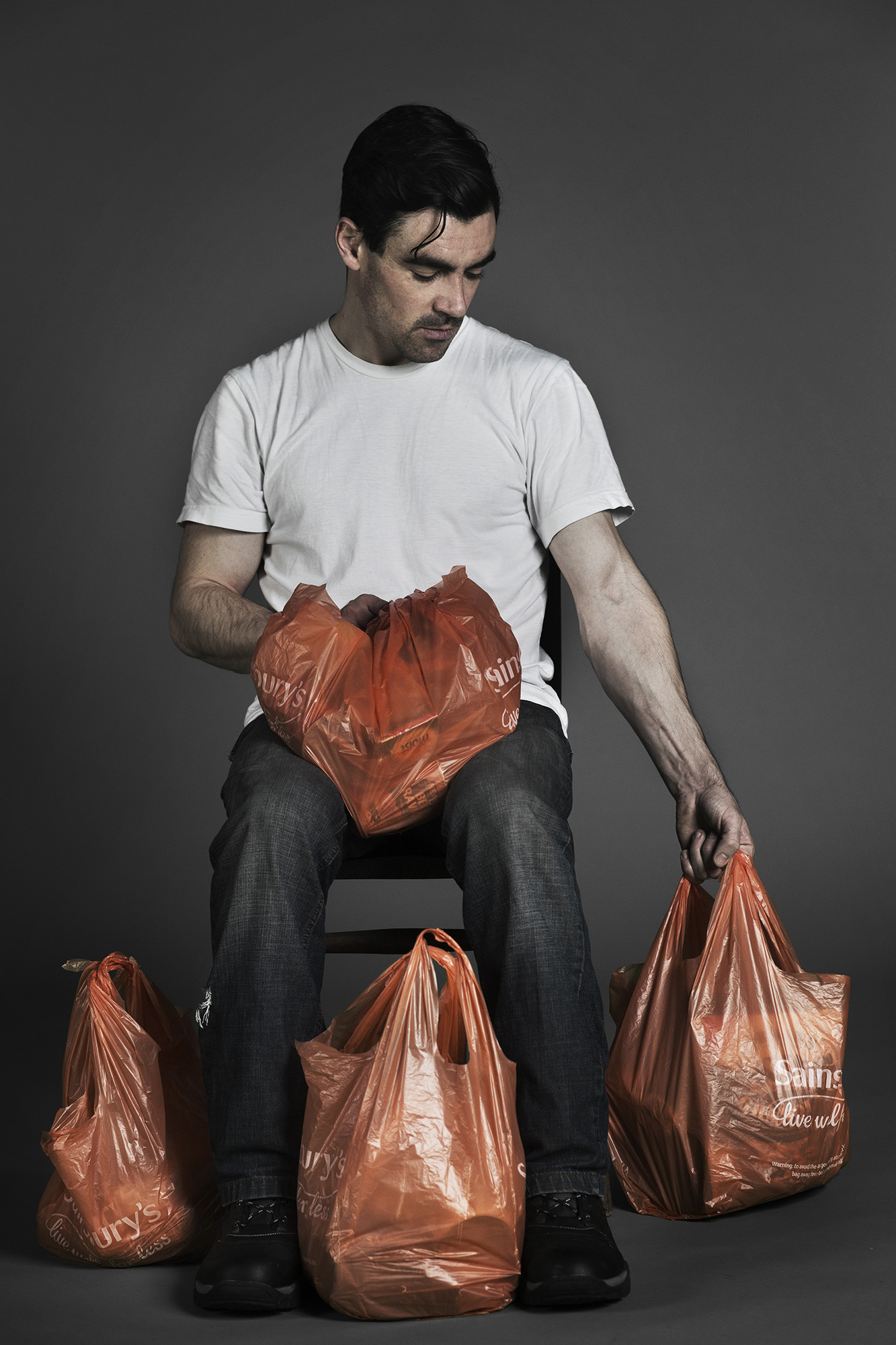 is a mother of four who had leave home due to an abusive marriage.

She is currently sofa-surfing in Hackney and finds it difficult to make ends meet with only £70/week and no home of her own.

Peter Griffiths is coming out of a depression and ready to go back to work but struggling to get by on £60/w benefit.

He hasn't eaten since yesterday and is looking forward to get home to cook his first meal in 2 days.

"It's either heating or eating".

She was evicted with her three children three days after she was photographed.

VOICES from the Vault

"Who needs a foodbank"?

Thank you to all the people at the hackney foodbanks for their good work and for taking a stand. Thank you to everyone brave enough to take part in this project and tell me their stories in the middle of an extremely stressful time in their lives.

I have met many more people in need during my time at the foodbanks and I wish you all better times ahead. 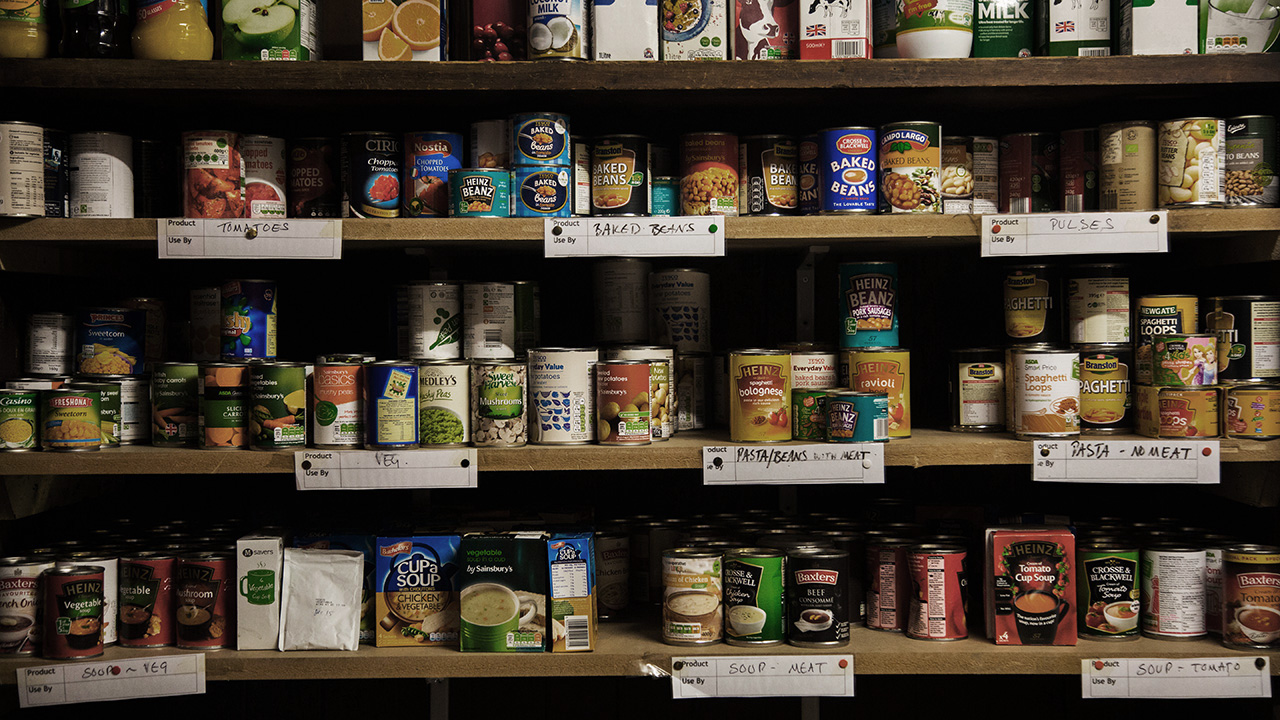 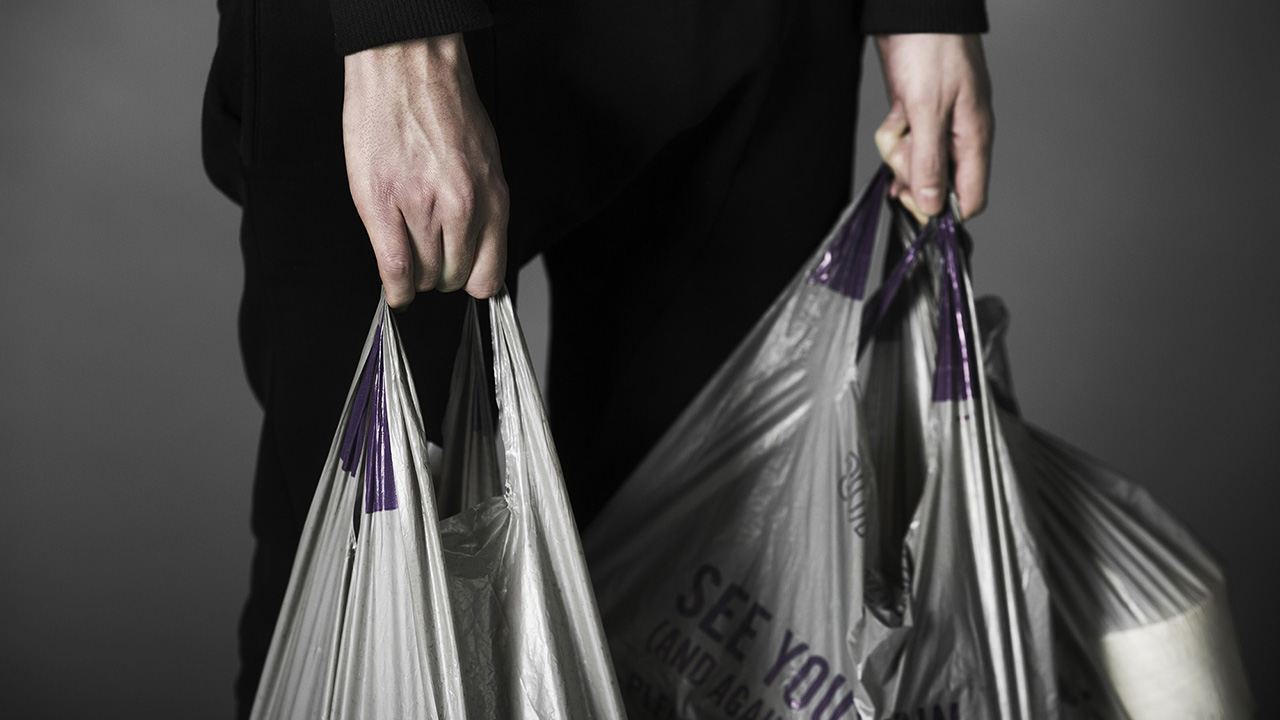 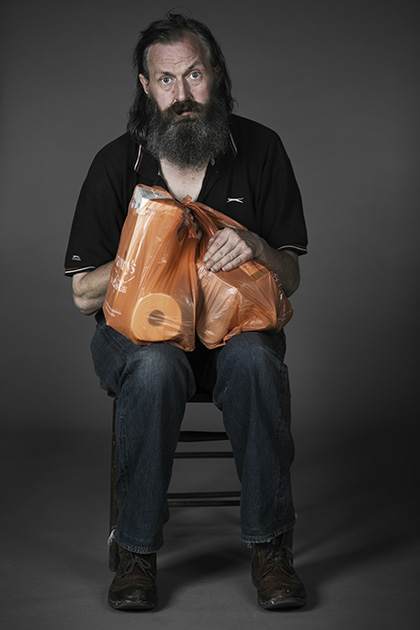 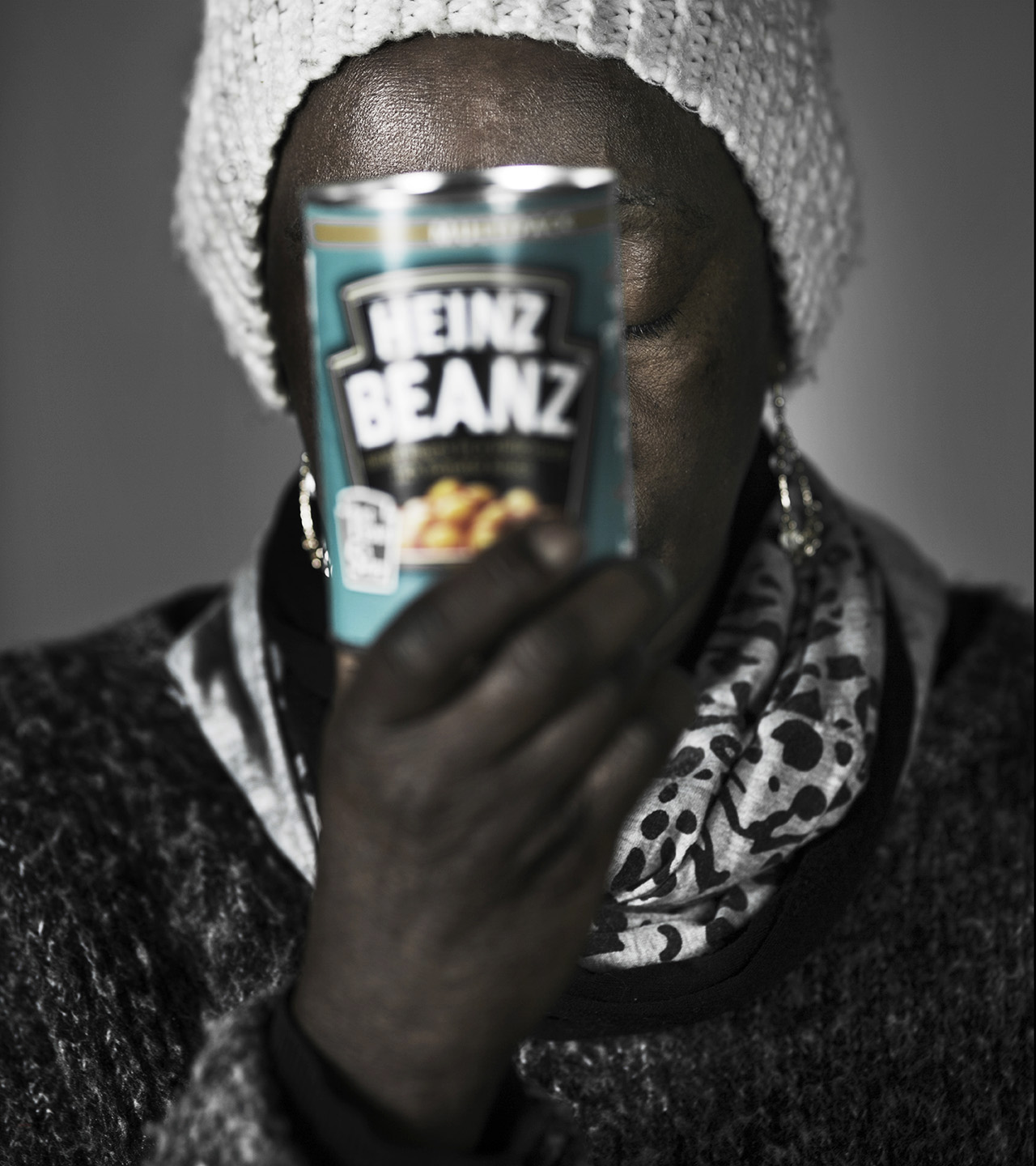 The rising number of people using foodbanks across the UK is a sign of a society where the social system has been systematically undermined. Constant cuts and privatisation has made the welfare system a dysfunctional web of dead ends and hostile avenues to pass through. Many of us could find ourselves in need of a foodbank one day, especially the way things are currently going.